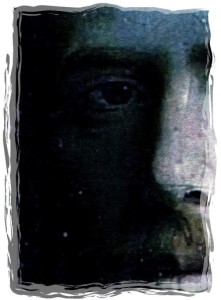 …..The Paranormal Investigator of all things weird!

Rudolph makes a great expert in the paranormal. After all! Guess what is in his back yard? Yep! Romania and Transylvania! The Hinterland of the Austro Hungarian Empire was the original Land Of Weird!

Vampires! Both male and female! Ghosts! Werewolves! You name it! Where did Brad Stoker go to get atmosphere? Rudolph’s playground for all things paranormal! No wonder Rudolph takes Brad for a trip in his steam powered automobile when they encounter a genuine Vampire while Brad soaks atmosphere to create a fictional Vampire! Things get way too real as they hunt a vampire to the country house of Johann Strauss and then to a fashionable theater in Baden where a stage magician meets real magic before  the vampire hunters finally corner the creature in off all places Laxemburg Castle!

The King of Romania commands the Paranormal Police. So he assigns his best paranormal agent to help Rudolph and MC hunt down  the infamous female vampire Elizabeth Bathory. They  follow a trail of grisly corpses through Romania into Transylvania and on into Hungary. The infamous female  vampire and dabbler into the Dark Sciences is engaging in terrifying experiments to prolong beauty and guess who is one of her customers? No less than Rudolph’s mother Sisi!

Rudolph makes a great paranormal hunter! Too bad Prime Minister Taaffe just tosses all of Rudolph’s reports on the paranormal into  the trash can as toss and piffle of an over active imagination! And Francis Joseph’s lack of imagination prevents him from believing anything Rudolph reports!

When Archduke Otto takes a bet to jump his white horse over a coffin of a peasant during a burial procession he gets more than he bargains for! His white horse balks and exposes the supernatural truth that the inhabitant  of that coffin is a vampire! Otto and Rudolph must confront the inbred family of the ancient vampire in the depths of a rural Hungarian village where everyone is a suspect and no one can be trusted! Otto the Vampire Hunter! Poor Otto! His normal prey are under aged peasant girls to seduce! Not vampires!

Discover the terrible secret of Mother Golda and her inbred clan of incestuous vampires in the continuing adventures of Crown Prince Rudolph! 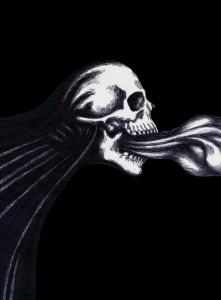 Baron Hirsch and Rudolph host a junket to advertise the opening of the Transcontinental Orient Express Railroad Corridor. The deluxe first running of the train service features the adventurous  elite of travelers including the Millionaire Andrew Carnegie, the elite of British aristocracy, an Boston heiress, an Irish newspaper reporter, a distant relative of George Washington, Egyptian  archeologists, a mysterious Egyptian criminal mastermind, a notorious Fenian bomber, two bombs, and a curst mummy! Will Rudolph and John Watson of Diogenes House (MI 5) save the first running of the Orient Express?

While out hunting Rudolph is caught in a storm where he confronts the Wild Hunters who give him a paranormal double dare. Guess what is in the hunting bag—- or else be the day’s catch!

Rudolph gets involved with a Screaming Skull stolen from a church by Otto. And  in the process of rescuing the holy talisman Rudolph  finds himself in the middle of a feud between Werewolves and Vampires! 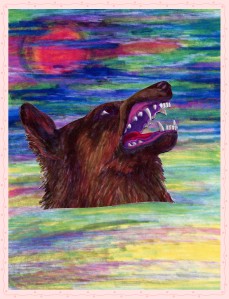 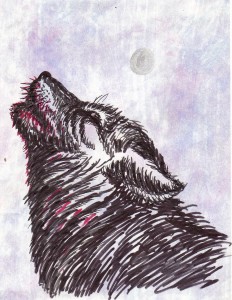 And let little Rudolph tell you all about his first adventure with the paranormal in the Werewolf of the Water Mill!

Laxemburg Castle is not just the medieval castle where all Habsburgs by sacred tradition must spend their honeymoon. Laxemburg Castle is also hunted! By a screaming skull of course! But don’t worry! That talisman is a protector! No! And you can ignore the dragon too! It is a runty misplaced dinosaur! No! The trouble is the Haunted Mirror! ‘Mirror! Mirror! On the wall! Who is the fairest one of all? Guess what moldering old castle has that original mirror which spawned the fairytale?  And the  Haunted Mirror has taken possession of the last bride to stare into it by mistake: Sisi!And there is an ancient Horse Sacrifice too of course! The trouble with prehistoric sacrifices is something living must be sacrificed! The blood is the life after all…

Victorians and Weird  go together so naturally!

So do Transylvania and Weird!

Of course the hunting is great too but Rudolph and Wales gets more than they bargain for when they visit an obscure village famous for its unique and sinister pawn shop called the ‘Antechamber Of Hell’…. 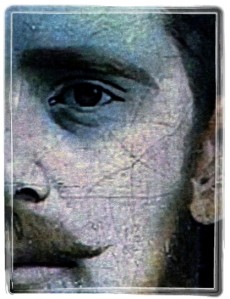 During Christmas Rudolph and MC gets involved with the ‘Devil’s Shopping List’. They  must retrieve five enchanted antiques stolen from a haunted house by three starving teenagers. Each curst item has been pawned in Vienna and must be found before it kills the new owner! Christmas shopping has never been so dangerous! 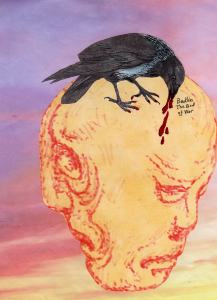 Rudolph keeps pet ravens. They are the geniuses of the bird world after all! But let little six year old Rudolph tell you how he first met a talking raven, an owl, and a Strigoi child vampire…. 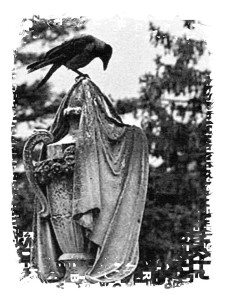 When Mary talks her dubious pal Larisch into taking her to meet Rudolph in his garret office she gets more than she bargains for when Rudolph’s pet raven starts pecking too close for confort. Then read Mary’s Madness to discover how clinical insanity can be the most terrifying paranormal horror of all! 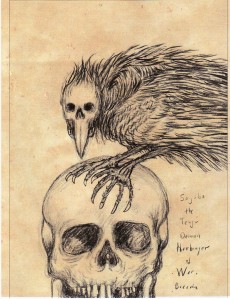 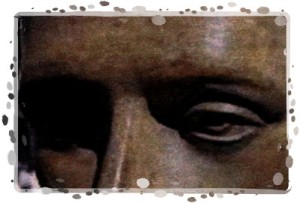 Rudolph grew up in the haunted Hofburg. The Hofburg is the largest palace in Europe and possesses so many rooms everyone has lost count. That is a pity because long ago a cruel man locked up a child to die there alone. Now the ghost of that child still locked away in that cold closet haunts the closets of other scared children like little Rudolph. Meet the Ghost in the Closet in little Rudolph’s nursery! 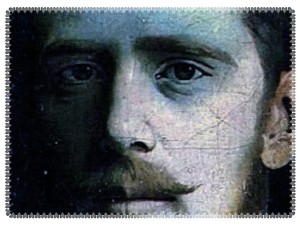 The Haunted Hofburg has many forgotten rooms filled with shrouded furniture, dust, footprints left by ghosts, and haunted mirrors. Rudolph see the child Mozart playing music for Rudolph’s royal ancestors in one such haunted mirror. Beware what happens next! 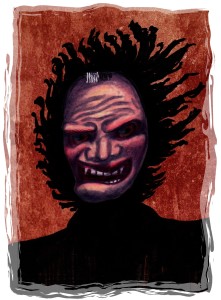 A Dybik ‘clinging’ ghost haunts Miss Rosa Loew. Rosa is the daughter of Rabbi Loew the descendent of the rabbi who created the infamous Golem. What happens next will haunt you as much as it will haunted Rudolph! 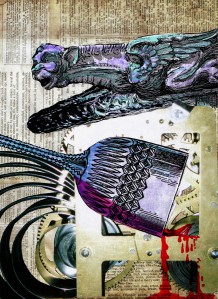 What happens when young Tesla and an Ouija Board mix? An haunted piece of mad technology! Rudolph must stop the monstrosity from blowing up and blowing up Prague with it!

Rudolph suffers from night mares and night terrors. Considering what haunts Rudolph’s life one can hardly blame him for sleeping uneasily at night! 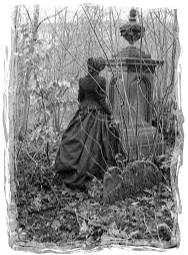 ‘The Dead Travel Fast! You Must Run Faster!’ Rudolph finds a mysterious grave which  even terrifies the King of Romania! Discover who has escape its supernatural confines!

Who is the mysterious stranger romancing vain Stephanie at Laxemburg Castle? And who has curst Stephanie’s one hundred china dolls into a demonic possession?

The ghost of Rudolph’s doomed sister Sophie haunts Rudolph. Little Sophie is not a harmful ghost. She died young and scared and now is hiding in Rudolph’s unconscious. Now Rudolph and MC must coax the scared ghost of a tiny child into haunting a magic painting of a child’s garden instead. See how a painting can become haunted and then see how the possessed Erzsi curses Godollo to the terror of Francis Joseph and Sisi! 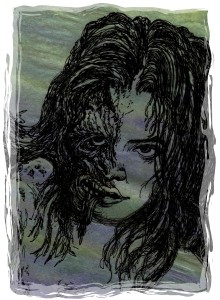 Follow Rudolph and MC as they corner the infamous Bathory in a mysterious clinic in Swizerland! And the man who runs the clinic where rich women of a certain age go to be rejuvenated is no less than Count Vlad! 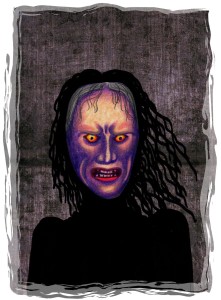 Discover the mystery of the Ebony Box of the Hohenzollerns and the identity of the Lady In White who is the ghost who haunts  the Hohenzollerns! The Lady in White is both a sinister protector of the Prussian Royal Family and also a banshee. Beware if you evoke her wrath!

Who owns the mysterious hunting lodge built on top of a haunted nunnery where all of the nuns went very,  very mad?  And who is killing all of the children of the peasants near and far? Can Rudolph solve the mystery before the superstitious peasants burn him alive for being a red head? Gingerphobia run amok? No. In Transylvania all vampires have red hair! Didn’t you know that? 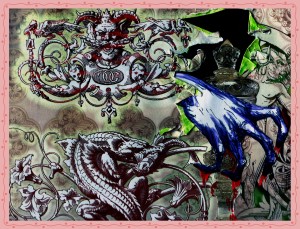 The Haunted Hofburg has an ancient protector: a Screaming Skull! Guess how invites that howler to become his roommate?

And guess what happens when Archduchess Sophie, a very devoted Catholic, tries to exorcise  the Screaming Skull haunting Rudolph’s nursery? 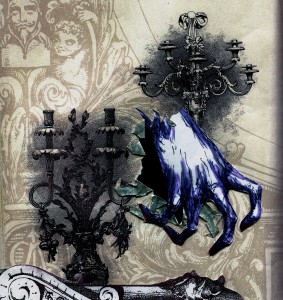 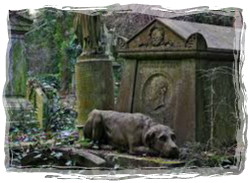 After the Wild Hunters of the Storm curse Rudolph his only chance to have a child is to steal one from the Fay Folk. Usually it is the Fay Folk who steal human children. But Rudolph is desperate for a child so he evokes the fatal magic and Erzsi comes into his life….

During Rudolph’s travels in the Near East he visits a archaeological site that looks suspiciously like oil exploration by a  German ‘archaeologist’ who has more expertise with minerals than tombs. But when the drilling breaks into an ancient tomb of a Draugr everyone gets more than they bargained for! And when the greety ‘archaeologist’ tries to sells the curst treasure of the Draugr to the British Museum only Rudolph can save the hallowed institution from the wrath of the greedy demon!

2 thoughts on “Rudolph’s World of the Paranormal”