Rudolph the orphan with both parents living. Why couldn’t his parents love this boy? It is a mystery that will haunt everyone who sees this face. His sister Gisela loved him. Wowo his nanny loved him. Latour his beloved tutor loved him. And Mizzi Casper loved him. But not Francis Joseph and Sisi.

Crown Prince Rudolph the red haired boy. People in the Austro Hungarian Empire saw red hair and thought of either those dirty Jews, those riffraff Irish, those evil vampires (who at least in Austro Hungary boasted red hair), or else someone of Habsburg blood. Having red hair was a liability frankly. Stephanie later recorded in her diary that the sight of that noxious red hair was not just ugly but repulsive. Gingerphobia even today bedevils people with red hair. The British Isles have the most ginger haired souls. In Europe it is decidedly rare and therefore dubious.

Rudolph and Gisela. The little children lived with their beloved Wowo but the dragon guarding the nursery was Archduchess Sophie who did not let anyone near them. Francis Joseph was not the warm type to do other than hold formal inspections and then issue long memorandums to the caretakers. Sisi later said that Sophie deliberately prevented her from loving her children. 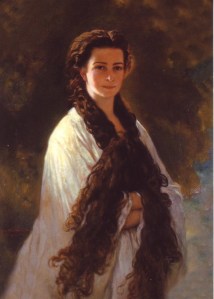 Sisi, who was so famously superstitious, was awed by the saintly nun Catherine. But when Catherine warned Sisi her son was in great peril she still could not find the time. After Rudolph died the saintly Catherine again told Sisi that Rudolph was murdered. ‘I saw it all. ….Tell the Emperor that his son did not commit suicide. He was murdered. It would have been easy enough for the Imperial Court to find the guilty person if it had wished to do so….’ Sisi still could  not find the time to inquire or protest or punish.

Sisi was a female ‘Flying Dutchman’ wandering Europe as if fleeing the Furies. The Furies were goddesses of punishment. Perhaps Sisi was fleeing their punishment for her dereliction of duty and lack of parenting skills or else her self absorption. 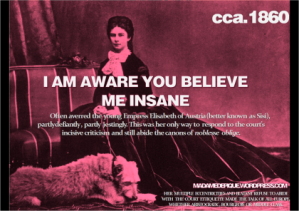 The dragon of the nursery was Sophie. Sisi later blamed her lack of love for her children on her. She did not exactly prevent Sisi from seeing them but she appears to have never left Sisi alone with them either. 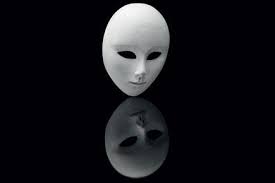 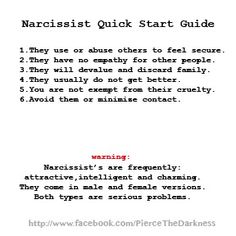 Sophie appears to have written letters to give to the children apparently from Sisi or else explained why the magical Fairy Godmother only materialized rarely and never asked about the children or inquired about them in any personal way. The children were her audience. Their form and function was to worship and adore her.

But finally the dragon ran out of excuses and  gave up pretending. The bitter dragon guarding the nursery finally  snarled that the magical Fairy Godmother everyone worshiped and adored never remembered them and never loved them and in fact loathed them.

Today the bitter dragon Sophie might say ‘She is just not that into you dears’ or else offer some psycho babble about narcissism. A person who is so in love with their own reflection they ultimately starve to death before it, unable to move or escape from its nightmare allure. 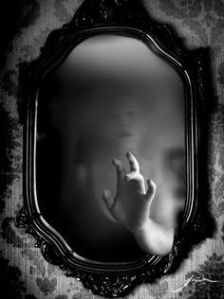 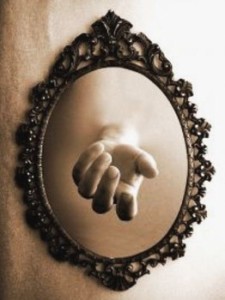 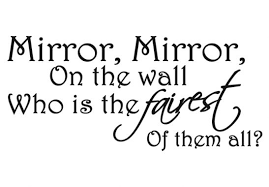 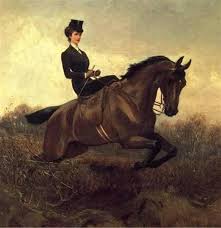 Sisi was so self absorbed and mesmerized by her own beauty she spent hours enduring painful regimes to preserve it. Raw meat facials. Sleeping tied to a wooden board. Injections. Potions. Drugs. Cigarettes and broth instead of eating. An eighteen  inch waistline and starvation. Manic exercise regimes. Walking or riding for hours. Riding at suicidal break neck speeds as if desperate to break her pretty neck. Heine. Bad Hungarian. Worse poetry. Scribbling fairy tales that turned increasingly into nightmares. How could she find time for the children of Sophie and Francis Joseph?

Increasingly Sisi saw the children as Sophie’s children. She was just their Stepmother. Like that fairy story. You know. The one about the Beautiful Queen who was a wicked stepmother who secretly  longed to kill the stepchildren of her husband and his first wife. ‘Mirror. Mirror. On the Wall. Who is the fairest one of all? Want a shiny red apple my dear stepchild?’

The bitter old dragon Sophie never let Sisi alone with the children. Sophie remembered what happened before you see. When Sisi insisted on dragging sick little Sophie and baby Gisela to Hungary to show off who ran the nursery. Sick little Sophie died. Of course Gisela and Rudolph did not remember their dead sister. Few did. Only Sophie remembered her name sake granddaughter. After poor sick little Sophie died the ugly old dragon guarded that nursery with anger and resentment. Everyone worshiped and adored the Fairy Godmother. The Beautiful Queen. Only the mean old dragon remembered what the Beautiful Queen did to children when she was not staring into her magical mirror and savoring her fair beauty.

But at some point Gisela and Rudolph learned the truth. Later when Gisela had a nursery of beautiful babies Sisi surprised one and all by descending as if a Fairy Godmother to see her grandchildren. Well! Perhaps Sisi was not panicked about appearing old after all! Perhaps she was not panicked by the idea of being old enough to have grandchildren! And perhaps Sisi was actually trying to make amends toward long alienated and ignored Gisela who she heretofore treated like a human afterthought.

Sisi visited a hospital. That was unusual. Sisi hated visiting sick and dying. She visited the contagion ward of that hospital. Then she rushed toward the nursery to share her love with those squealing creatures who made her feel like a grandmother. Old. Old. Old. Gisela blocked her from entering. Gisela saved her children’s lives. Gisela remembered how that bitter old dragon Sophie guarded their nursery when they were little. Likewise Rudolph never let Sisi alone with his only child Erzsi.

‘Mirror. Mirror. On the wall. Who is the fairest one of all?’ 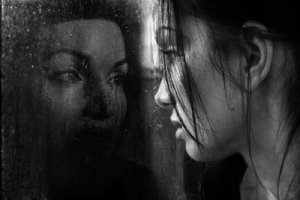 There is a psychology which torments some mothers. They suffer from post birth depression. Even suicide. Sisi was tormented by this. But there is an extreme form of this psychology  which involves the urge to harm the child. To kill the child. Snow White is a fairy tale about this  psychology. The loving mother turns into the Beautiful Queen who is suddenly a stepmother instead of a mother. And then a wicked stepmother instead of a mother. Then a wicked witch instead of a fairy godmother. Maternal love to hatred. Mother to Murderess. 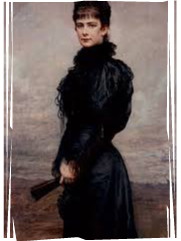 When Gisela and Rudolph grew up they became disillusioned with their famous mother. Rudolph spoke with much bitterness about Sisi. His will make Francis Joseph his daughter’s guardian. Francis Joseph was distant and withdrawn but at least he was not a Wittelsbach Witch.

Despite their cold upbringing both Gisela and Rudolph were remarkably warm parents. Rudolph was the chief care giver to Erzsi. The Rubber Princess was away as often as Sisi. It was Rudolph who stood outside windows when Erzsi had some contagious childhood disease. Peering through the window. Holding binoculars to monitor. Waving. Worrying. Writing to the Rubber Princess who did not care. When he returned from his endless military inspections he always visited Erzsi first. Erzsi would go to Mayerling too. Pretty much the only female to do so. Rudolph adored his child with a parent’s love which was never shown to him.

Rudolph with his father. The face of the child on the left is the face of an abused child. Francis Joseph did not abuse or harm. Sisi did. The Brutal Colonel did. Francis Joseph was simply a distant and remote parent. A demigod. He watched from afar and did nothing.

Part of it was shyness. Part of duty to country. Part of it was overwork. Part was the all consuming determination to cling to power at whatever cost. But Francis Joseph was bland about Valerie who was in all probability not his child.

He was casual about his bastards — one of whom might have been Mary Vetsera. But he had a limited toleration for family and a remote but somewhat coherent concept for fatherhood. At least it was better than Sisi.

Rudolph’s childish drawings showed Francis Joseph as this towering and dominating authority figure before which the tiny scribble who was Rudolph struggled and failed. And indeed as Rudolph grew up he could not impress his father. Nothing he did was ever good enough.  Children who grow up abused or  unloved or abandoned or neglected grow up troubled. Rudolph in his adulthood displayed Post Traumatic Stress Disorder from child abuse and neglect and the lack of love. He displayed OCD in some ways as well. 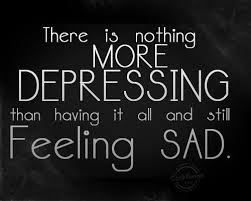 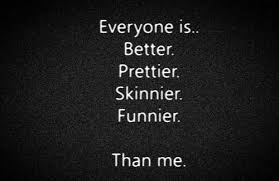 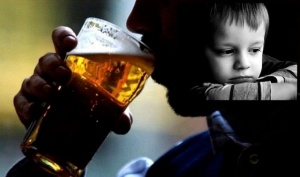 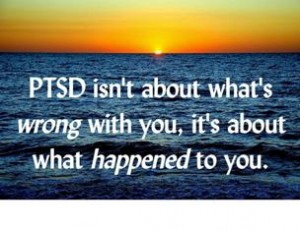 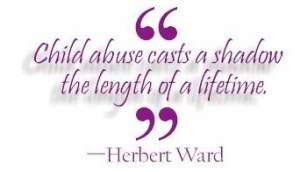 Francis Joseph and Sisi viewed that as cowardice. Neither parent connected that to Rudolph’s childhood or their lack of parenting skills.

When Rudolph grew up he endured hunting with Francis Joseph. Hunting meant standards. Quotas. Achievements. Statistics of bags of dead things. Keeping up with Daddy who was the best hunter of all. It was a no win exercise in failure. Once Rudolph accidently shot his gun out of firing order and winged the gun handler of Francis Joseph. Freudian hated of the father? But a month later father and son were out hunting again. Francis Joseph could be dense. And he despised his son so the embarrassment was only to be expected. He expected Rudolph to fail.

Francis Joseph later expressed amazement that Rudolph could do anything right. Francis Joseph often made it clear Rudolph was not worthy of being his son. Such belittling instilled both self loathing in Rudolph and excessive guilt. Such guilt is the hallmark of suicidal depression. 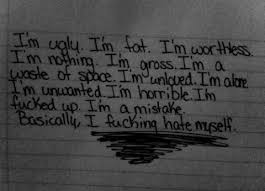 Rudolph grew up with a profound horse phobia. He was a mediocre rider. Competent. But just competent. But his parents were famous horse people.

So Rudolph’s horse phobia was taken as a sign of cowardice. It probably was Freudian. It was a stubborn sense of rebellion against the one thing his parents respected: horsemanship. Rudolph grew up adoring machines. Bicycles. Early automobiles. Trains. Anything but horses. Unlike most princes or archdukes, he was shoved into a middle class infantry regiment. Not cavalry. The ‘Blues’. Not the ‘Reds’. Albrecht and Francis Joseph wrote him off as a failure. 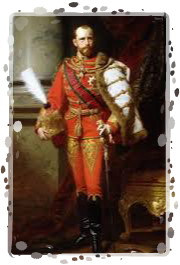 The irony was Rudolph enjoyed the middle class ‘Blues’ who were university educated and highly technical  middle class sons of professionals, Protestants, and Jews. Rudolph loathed the ‘Reds’ who were upper class twits and toffs and prigs. He hated wearing their uniform — and the Reds hated Rudolph wearing their uniform. While Rudolph did not pick the army as his career he threw himself into it with complete professionalism which ultimately cost him his life. 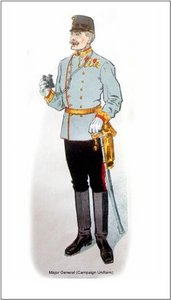 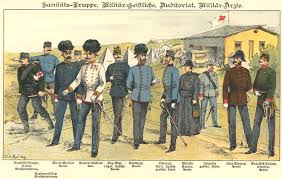 The ‘Reds’ and the ‘Blues’ were feuding. The Blues were infantry and artillery and the men of the modern war to come. The ‘Reds’ were the antiquated cavalry  prancing across the parade grounds in the face of Maxim Machine Guns. Rudolph both  adored and feared gunnery. Koniggratz burned into his brain and he became obsessed with developing modern gunnery so his unraveling empire would not suffer another such crushing defeat. 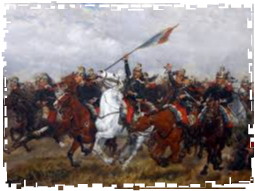 Rudolph and other modernists in the infantry and artillery feuded with the Cavalry ‘Reds’ over the future of the army. 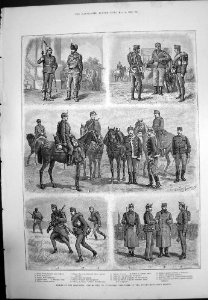 In revenge when Rudolph arrived by train to inspect some distant barracks or fort the ‘Reds’ would hand Rudolph a loaner horse. The horse of the ADC. The aide de camp. That horse was trained to follow the Commander Horse exactly. So no matter how much Rudolph would spur or tug at the reins, that horse ignored him and followed the Commander Red religiously. Thus Rudolph looked like a prat. Rudolph hated horses accordingly.